THANK YOU FOR SUBSCRIBING

The award entails the efforts and strategies that the CIOs in the Banking Tech space that they have implemented during and post the pandemic space to assist companies in saving masses and creating innovation. 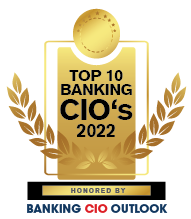 Fabian Rojas is the Executive Vice President, Chief Information Officer at Valley Bank. Rojas, who’s been with Valley since 2017, has more than 25 years of experience in the financial services and life science industries, with a strong focus on revenue growth, acquisitions,...Read More

Michael Wisler is such a visible figure in the local tech scene – a driving force behind M&T Bank's tech hub, the new chairman of 43North – that it's hard to believe he had to be persuaded to move here in the first place. Wisler was working for Capital One in...Read More

Ann Madea is the Chief Information Officer (CIO) – Advisor at Simmons Bank. Madea joined Simmons in October of 2021 and, over the past several months, has been working closely with former CIO, Paul Kanneman, while transitioning into her new position. As previously announced,...Read More

As CIO for Bank of Hawaii, Taryn is responsible for all areas of information technology, including business application management, distributed system support, business intelligence and information security. She is also responsible for data governance, strategic analytics and the...Read More

Transformational senior leader who possesses an authentic and genuine leadership style to inspire, engage and lead teams through change. Passionate about building and leading teams to achieve meaningful business outcomes through delivery and support of high quality, innovative...Read More

However, if you would like to share the information in this article, you may use the link below: